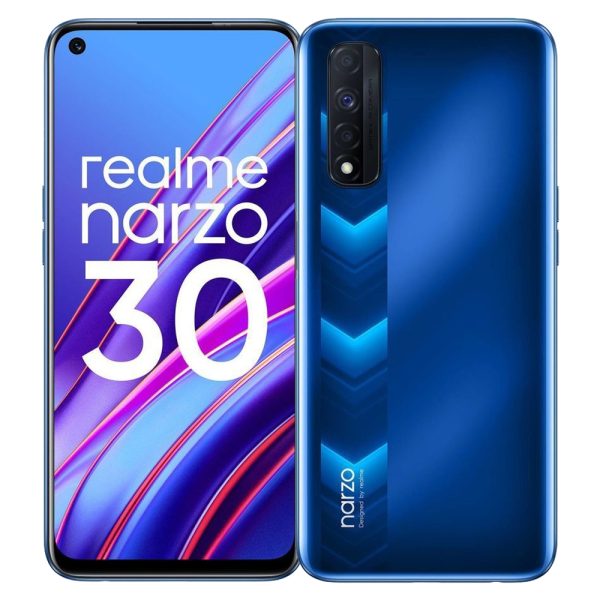 The Realme Narzo 30 has a quad-camera setup on the back of the phone. The structure consists of a 48MP wide, 2 MP macro, 2 MP depth camera. This phone has a 16 MP wide selfie camera on the top of the display. And its video recording capability is 1080p@30fps.

Realme Narzo 30 has 4/6 GB and 64/128 GB variants according to RAM and ROM. It supports microSDXC (dedicated slot). Of course, this phone has a 5000 mAh Non-removable Li-Po battery with a fast-charging System of 30 watts. It has Dual SIM (Nano-SIM, dual stand-by) card slots.

Realme Narzo 30 smartphone supports 2G/3G/4G. The fingerprint sensor is available on the side of the phone. Other features of this phone include a WLAN, FM Radio, Bluetooth and OTG supported USB port. View it on Realme Official Website.